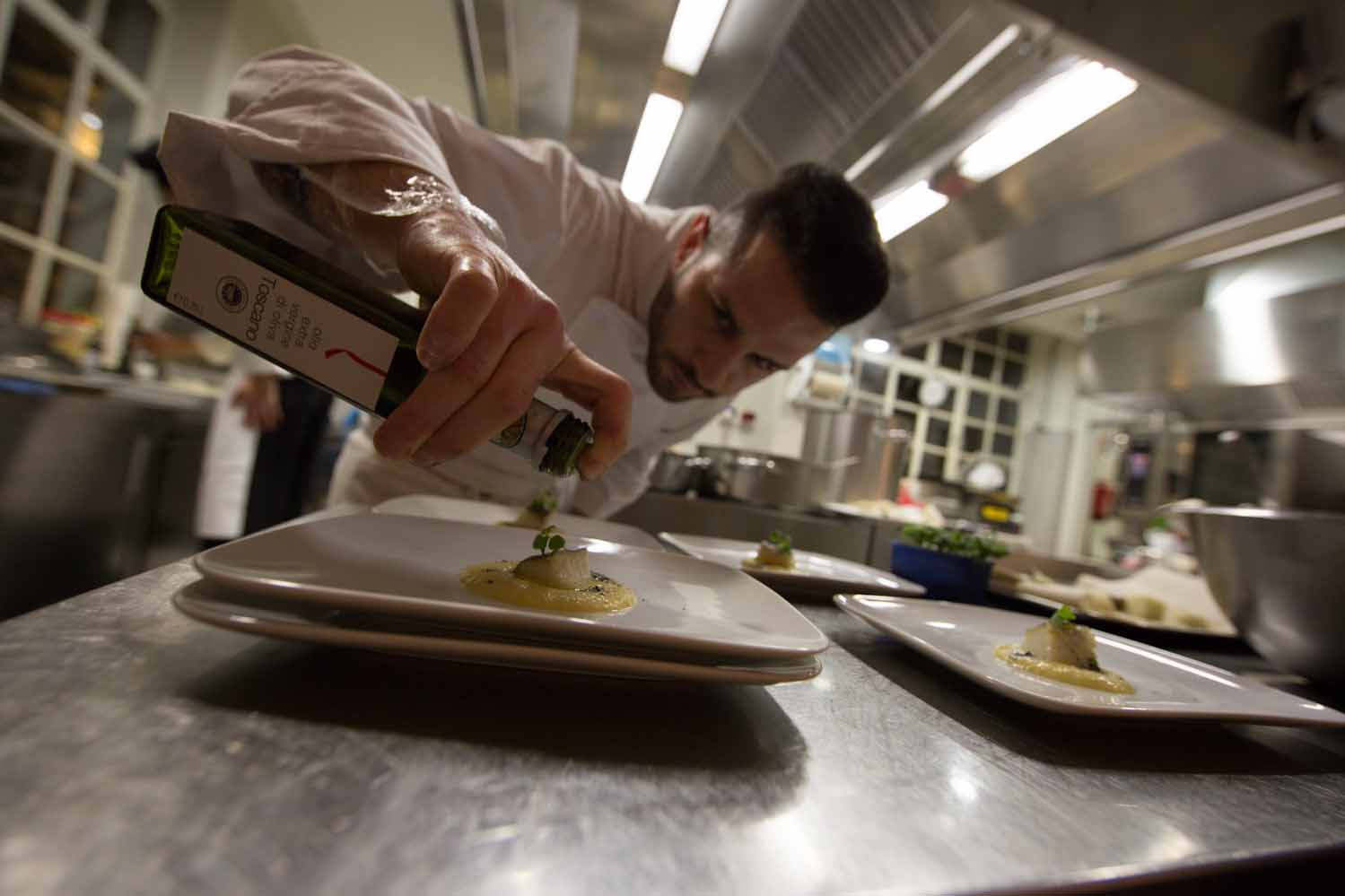 A moment of preparation in the kitchen – 21 march 2013. God Save The Food Milano

Great success for the launch of the Consortium in Milan last March. The adv campaign was supported by several events, in order to stress the quality and to raise the awareness around the Tuscan IGP extra virgin olive oil.

Two important happenings are held in Milan, where the Consortium had a main role : “Cibo a Regola D’Arte”Food at the Triennale of Milano and Museum of Science and Technology, and an event in the cool venue/restaurant God Save The Food located in Via Tortona.